Hot Air Balloons and UFO’s: A History Of Mistaken Identity

Everyone has heard of UFO’s but do you believe in them? When UFOs are mentioned, often someone thinks of conspiracy theorists or Joe Rogan on a tangent about aliens. However, with the recent acknowledgment by the United States Air Force confirming instances of unidentified flying objects, UFOs aren’t as far-fetched an idea as once thought. While many sightings come with valid explanations, people are still asking questions about the causes behind unidentifiable flying objects. This article will look into the reported sightings and examine the explanations that have been the achilles’ heel for UFO believers.

So what is a UFO?

UFOs are strange and mysterious phenomena that spark curiosity among all in the eyes of the general public. Descriptions include egg shapes, flying saucers, and even just bright lights. But what are they? Are they real or not? Discussions about this topic can be found everywhere throughout society – on television shows, newspaper articles, books, etc. There have always been many arguments pro-and contra of their existence creating a divide of people into believers or non-believers. Many don’t take UFO sightings seriously when there’s no concrete evidence to back up these claims. However, in the last 60 years technological innovations have given people the ability to record and share their sightings.

What we know so far is also limited given how many years have passed since the first reported sighting and the official UFO reporting database not being created until 2019. The recent confirmation by the Air Force gave UFOs a new name, UAP’s (unidentified aerial phenomena). People might think many things are UFOs, including birds, hot air balloons, or even secret military aircraft.

Ever since the first hot air balloon flight, there has been a long history of mistaken identity. The Montgolfier brothers experimented with paper and silk to create the first balloon. Observing that hot air would rise inside the envelope, making the balloon fly as they burned straw or wool beneath it. Later, the brothers had their first balloon and strapped a sheep, chicken, and duck to the base.

In 10 minutes, the flaming balloon flew over two miles, crash landing into a farmers’ field. Back then, as the farmers watched this burning object fall from the sky on their property, the only reasonable explanation was that a dragon was attacking them. Completely slaying this dragon with pitchforks, the first hot air balloon flight was a success, but the balloon did not survive.

What are balloons used for today?

Balloons became a widely used technology among the scientific community and governments abroad. Meteorologists used balloons to learn more about the weather while topographers gained an advantage by creating more accurate maps. Militaries even formed balloon squadrons to fly during battle, observing the fight or dropping ordinances on the enemy. Hot air balloons are still used today for marketing, tours, and just for fun by recreational pilots. Seattle Ballooning offers shared and private flights daily and recently even rescued a lost couple from the Green River in Washington State.

The Roswell Incident in 1947 is one of the most famous and potentially significant UFO sightings. Rancher William “Mac” Brazel discovered mysterious metal rods in his New Mexico pasture. He reported it to U.S. Air Force officials nearby, who quickly came and retrieved crash debris. Offering little to no explanation for what was found, officially, the military said the debris came from a downed weather balloon. Kicking off the modern UFO era, balloons found themselves at the core of a never-ending mistaken identity crisis with unidentified flying objects.

A small city in New Mexico, Rosewell draws in many tourists yearly looking to learn more about UFOs. The home to the first major UFO report and many more to come in the area, why was Rosewell a hotbed for individuals seeing things? Unfortunately, for the UFO believers, the Army was not lying, and the contents found were from a balloon. The true meaning of why weather balloons were flying out there was still unclear though raising suspicions of nearby residents as to what was going on.

Established in 1955 out in the Nevada desert, Area 51 is an open secret of UFO sightings. The trend first started when a weather balloon was spotted nearby, leading to many more mistaken identity reports for balloons only. Every day, tours take a small group near this base where it’s said they have recovered UFOs from other parts of the world.

Area 51 is a secret military facility where new aircraft are tested and developed. This area is protected by extensive walls, fences, guns, and lots of security personnel to make sure no one sneaks into Area 51. Any unauthorized person that gets too close to Area 51 may be shot on sight!

On July 1st, 2019 a Facebook event was created titled “Storm Area 51 Raid”. Scheduled for September 20th, 2019, the event rose to popularity after a video of two men claiming that they would storm the base and break it open. On the days leading up to the raid more than 40,000 people arrived in the region leading to the United States Military issuing a statement. In short government officials said, “Area 51 is a United States Military training facility and the U.S. Air Force always stands ready to protect America and its assets”. While the event drew large crowds, the raid did not happen and two men were arrested for trespassing.

British tycoon Richard Branson found his love for flying hot air balloons in the mid-1980s. Paired with his witty sense of humor, he pulled off the best April fools joke in 1989 by flying a hot air balloon shaped like a flying saucer. Flying at first light, Branson’s metallic hot air balloon raised alarms among three police departments and even had the Army on standby. Cars stopped on the freeway, and hundreds of emergency calls came in about the mysterious lights. Upon landing, Branson hired a man to dress as an alien and run off the balloon to meet the police. The hot air balloon was the perfect vehicle for Branson to pull off a joke. Hot air balloons like his have often been mistaken as UFOs. They are responsible for many of our modern-day sightings.

Years of denial came to an end when the United States Air Force accepted Unidentified Flying Objects. Hot air balloons will still have to deal with many cases of mistaken identity, possibly even more now. If you want to join the madness, one of the best ways to do it is to take a flight with Seattle ballooning and see for yourself. Some may never know if they saw a UFO or hot air balloon, but at least we have some answers now. 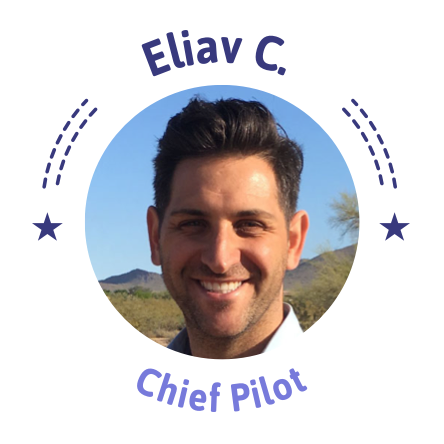